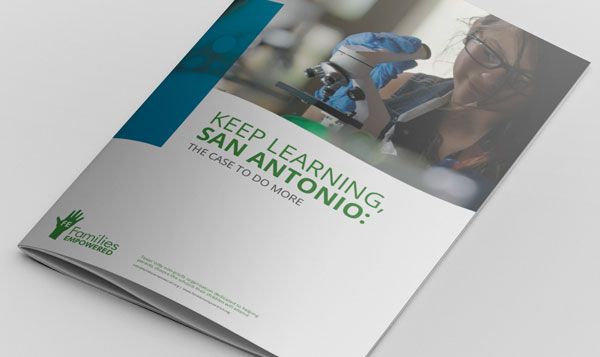 “This report makes it abundantly clear that parents want more choices, not less, when it comes to educating their kids, ” said Quincy Boyd, Regional Director of Families Empowered. “These findings paint a clear picture of what we’ve all known to be true – demand for more opportunity and innovation in our school systems is overwhelming. Let’s work together to build a school system that gives every child a real chance to succeed – no matter their zip code.”

Demand for more options for San Antonio families is high; in particular –