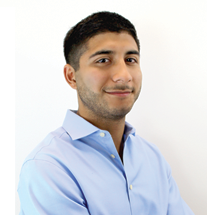 Leonardo Artiga, usually called “Leo”, graduated from KIPP Houston High School in 2013. Since graduation he’s been studying Marketing and Finance at the University of St. Thomas. Since he was a kid, Leo has found that he enjoys connecting with people and building relationships as well as working with money. He hopes to develop these skills through his education and use them to start his own business. He’s hoping to work with children and help them get involved in soccer. He’d also really enjoy living and working abroad in Europe, perhaps Germany, with his family.

Leo is using the opportunity to work with Families Empowered to further develop his communication skills, particularly in speech. He’s also enjoying the chance to practice his conversational Spanish on a daily basis. In his future, Leo knows he’ll need to be comfortable talking to new people and starting conversations, so he’s glad to start breaking down barriers and gain this comfort early in his life. He believes that the speaking practice afforded him by his time in the call center will put him ahead in his career in the long run.

Leo plays soccer and would like to play professionally as an adult. He also loves drawing, though he suspects most people don’t know it.